Prince Crux is in a bind.
When the Dragon King commands Crux find a mate, his days of carefree bachelorhood are over. One trip to a psychic matchmaker and he's on the path to his destiny. But it all comes screeching to a halt when he meets a human woman who lights his inner fire and makes him yearn.

She's got a pair of roller skates and an attitude.
Courtney is supposed to be putting the shambles of her life back together. Getting abducted by aliens isn't part of the plan. Neither is getting rescued by a scorchingly hot dragon that makes her think of an impossible future. But they have no chance together if they can't first escape a planet full of monsters intent on their destruction.

Fated mates, fierce women, and dragon princes are ready to find their mates in the new Dragon Brides series from Kate Rudolph. 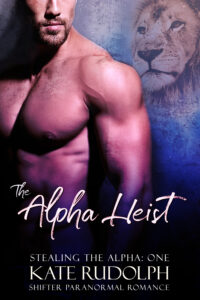 The alpha keeps what's his...

No one steals from Luke Torres. His fortress is legend and his pack of lions are deadly, ready to face any threat. When Luke meets Mel, she knocks his socks off with a scorching kiss, but when they meet again, they are captor and captive in a deadly game of cat vs. cat.

The thief is up to the task...

From the moment Mel takes the assignment, she knows that it should be impossible. But for the supernatural world's foremost thief, impossible is an irresistible challenge. Especially when the payment for this job will get her one step closer to revenge. When the jobs goes belly up, she finds herself in the lion's den and facing off with the most alluring man she's ever met.

Can she find a way to complete the job without losing her heart?

The Alpha Heist is number one of a three part series called Stealing the Alpha. Book two, Entangled with the Thief, and book three, In the Alpha's Bed, are available now.

This series is complete.

Vi doesn't have time to teach a playboy bodyguard about magic, but her coven's survival might depend on it.

It was supposed to be a simple job.

Get in, steal the gem, get out. But everything went to hell and now Mel is out her payment and in the sights of an angry alpha lion.

His sister is in trouble, the Scarlet Emerald is gone, and Mel is back, ready to face off with him again.

But to heal his sister, Luke will do the unthinkable. He will ask Mel for her help to save Cassie’s life. And soon, the attraction bubbles between them, entangling their lives more than they ever asked for.

Stealing the Alpha is a three-part series featuring Mel, wereleopard burglar extraordinaire, and Luke Torres, werelion alpha. Join them while they pull off heists, battle vampires, encounter witches, learn to trust, and fall in love.

Everything comes to an end…

Mel promised herself that she would get her vengeance on the witch who slaughtered her family, or die trying. Now a world-renowned thief, she’s ready to make good. But things are complicated. That witch, Ava, hasn’t just targeted Mel, she’s coming for the only people on the planet that Mel cares about.

Luke could never have predicted the path that Mel would bring him down. But now he’ll do anything to save his sister’s life and capture his thief’s heart. Ava threatens his pack, determined to steal a magic artifact of imense power that he never knew he possessed.

Falling in love has never been so deadly…

In the midst of all of this, Luke and Mel have found each other. But Mel doesn’t know how to do relationships, and Luke’s pack isn’t keen on having a thief as their female alpha. When Mel and Luke are together, their relationship is explosive. But that fire will either cleanse… or destroy. 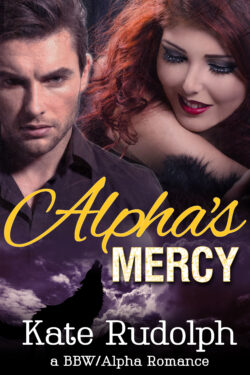 Jess Patrick never planned to catch the eye of an alpha. And with her ample curves she knows that she would never be able to hold his interest. But when a betrayal of his pack threatens to destroy her life, Jess finds herself under Rafe’s power and tempted by his touch.

Rafe Blackwood is the Wolf of Falcon Point. He rules the pack as werewolf alpha and takes what he wants. And he wants Jess. Her curves draw his eye and ignite his imagination, and her willingness to stand up to him makes him realize that Jess is more than a lover. She is his mate.

But Rafe must convince Jess that she is more to him than the means to an end, and Jess must open herself to a chance at love before she can be anything more than at the alpha’s mercy.

Alpha’s Mercy is a complete story with no cliffhanger. 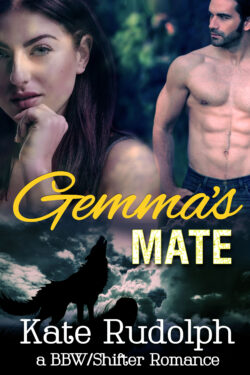 Eight years ago, Gemma met Colin MacDonald in London. After a week of passion, he left her behind with only a note. She never expected to see him again. But six years later, she arrived in Falcon Point and found her new home. And him. Forced to work under him, she has resolved to remain professional, but to never let him into her heart.

Mac made a name for himself in Falcon Point. As second in command of a large pack, there is almost nothing he can’t have. Except for Gemma. Leaving her behind was the biggest mistake of his life, but he doesn’t know how to move forward and surmount the beautiful, curvy Gemma’s bitterness.

Despite the tension between them, Mac and Gemma must work together to bring down a threat to their pack. In doing so, they face greater danger and the greatest challenge of all…themselves.

This is a sequel to Alpha’s Mercy. 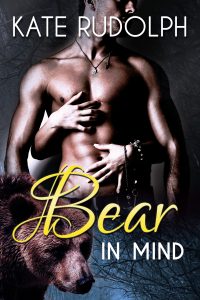 Tell me no secrets …
When psychic Sandra Khee leaves The Sector, her undercover military contractor job, she moves to Montana for some peace of mind. Her abilities are hell on relationships — so she’s surprised, but intrigued, when she meets a big, burly, sexy guy whose thoughts she can’t read.

Tell me no lies …
Grizzly shifter Derek Lacroix loves his mountain hideaway, but he doesn’t love being alone all the time. When a curvy little human comes across him in his bear form, it doesn’t take Derek long to realize she could be his mate. But how can he explain his hidden nature in a world that doesn’t know shifters exist?

No place to hide
Sandra’s peace is shattered when she starts sensing danger in the thoughts around her. Then a former colleague from The Sector goes AWOL. Someone from her past is hunting her … and time is running out.

Can she and Derek trust each other with their true identities and eliminate the threat before their future together vanishes?

Find your mate…
It happens in the dark of the night under the full moon. Wolves howl, shifters run, and unexpected love blooms. These four sensual tales of steamy shifter love show exactly what can happen when the sun goes down.

Support me on Patreon!

Thank you! You have successfully subscribed to my reader club.

SAVE & ACCEPT
Join My Reader Club 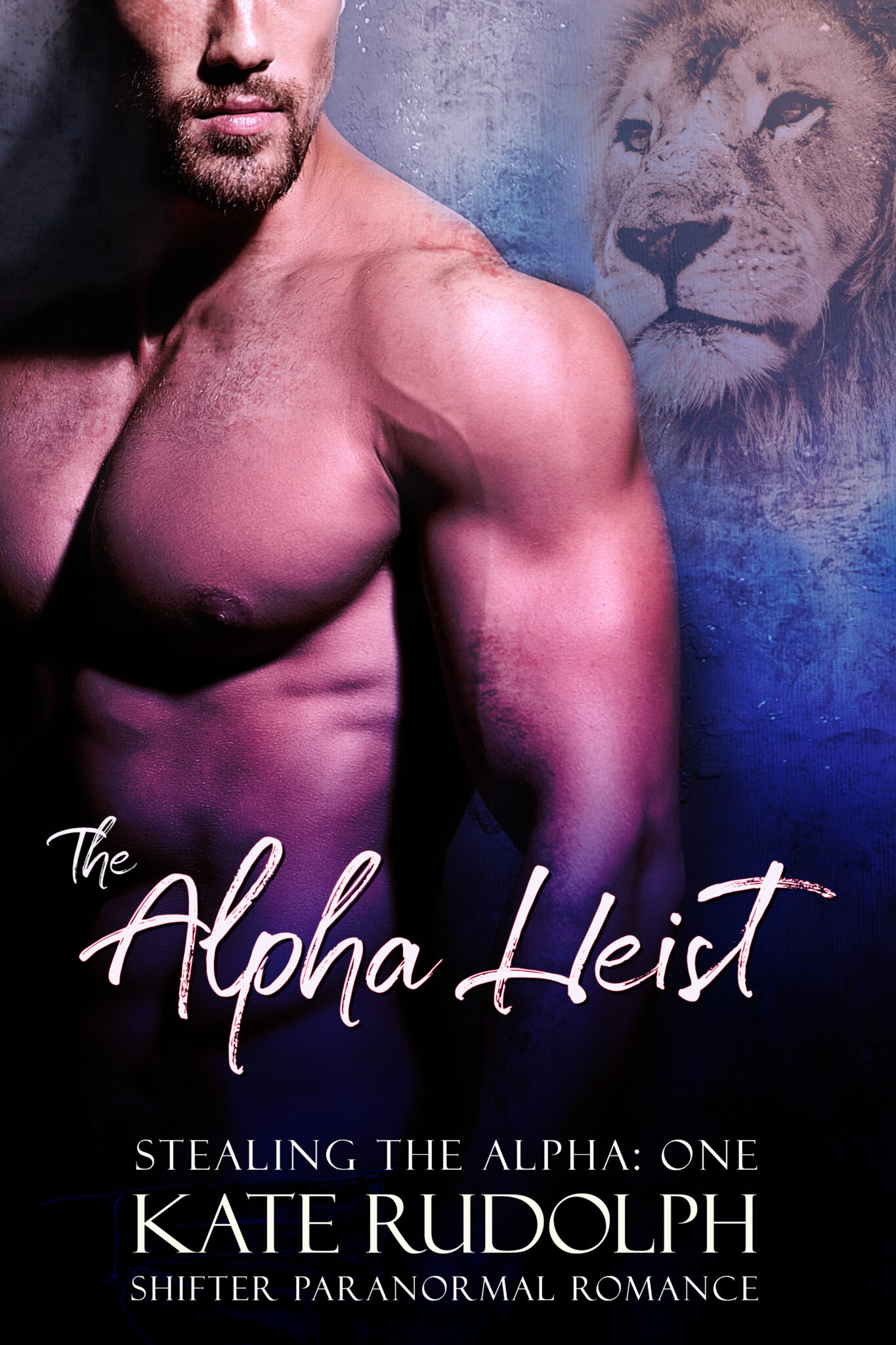 You'll receive a link to a free copy of The Alpha Heist just for signing up. Plus you'll be the first to learn about new releases, deals, and freebies.
Your information will *never* be shared or sold to a 3rd party.